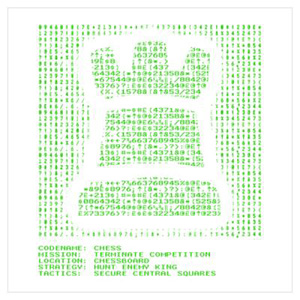 The OM PORTAL is best used for players who are hooked online to the biggest online chess web sites. Our collection with more than 19 million human chess games is the biggest ever. Until 2017 we kept all Portal (servers) games in. Starting the year 2018 we decided to upgrade the quality and publish only games with higher ELO than 2000. The number of games reduced dramatically by 7 million games but we think it's the quality you are looking for not the quantity. After year 2018 we kept collecting the games all over the Internet and in year 2022 we reached significant mass of 19 million human chess games with ELO higher than 2000.

The chess portals such as chess.com, ICC-chessclub.com, Playchess.com, or FICS - freechess.org. offer a free professional environment for all chess lovers. There are many advantages of each website, some like chess.com has for example a their own app that you can use to play. You can also play with a time limit of days/weeks and this is very useful if you rarely can find the time to sit down and have a serious game straight. The ChessCube has one of the nicest user interfaces, although it cannot be used with iPhone or iPads since it uses flash. Each of these chess websites has its own playing history and players. You build your ELO by winning games and tournaments. Whether you are a beginner with a hunger to play online chess or with professionals with GM rankings, you need to feed yourself with a quality chess database. Prepare for the opponents with nicknames from around the world. All of the chess sites offer friendly communities, great tournaments with commented games and videos from professionals. And the Opening Master Portal chess database offers exactly the service needed. With more than 19 million games you get the best possible preparation for your game.

One good piece of advice from the Opening Master. Do not use engine and chess database only. Use your brains. Most of today's chess websites can identify whether you are "human" or android. Using a computer to calculate moves dynamically is against the rules on these web sites. Looking up moves from static sources is within the rules. It doesn't matter if the static sources are accessed using a computer. So our advice. Use it wisely, don't just copy-paste the result of the analysis (if you ever have time between the moves). Think and learn.

Top Titled Players according to chess.com.

GM Magnus Carlsen is the current world chess champion. To many people, he’s the best to ever play the game, although GMs Garry Kasparov and Bobby Fischer remain in the conversation. At any rate, the clear and remarkable point is that before turning 30 years old, Carlsen has already earned...

The prodigy who broke the record held by Hikaru Nakamura for America's youngest chess grandmaster, Fabiano Caruana has climbed the mountain of chess and reached the summit. This young great master has had a ranking as high as number two in the world and has won numerous tournaments in his career.... 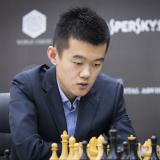 Ding Liren is a Chinese super grandmaster who many people consider to be a primary contender for Magnus Carlsen’s world title. Ding won his first Chinese Chess Championship at the age of 16, making him the youngest to ever do so. In the 2017 and 2019 Chess World Cup, he became the first player... 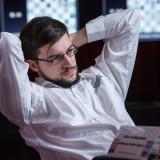 Maxime Vachier-Lagrave (also known as “MVL”) is a French super grandmaster who, since 2016, has spent plenty of time rated among the top five chess players in the world. His rating peaked at 2819 in August 2016, making him the seventh-highest rated player in history. Vachier-Lagrave is a...

How is Opening Master different from free databases?

Despite getting our games from different sources, we dedicate a lot of time to eliminate duplicates. We also normalise the names of the players, which amounts to dozens or even hundreds of corrections a month. The free databases are often very low-quality and cluttered with lots of duplicates. There is no such thing as free lunch. We ask for a fair price starting 39 EUR for one year. It is much cheaper than less quality commercial chess databases out there.

Have you heard that we prepared a list of the top 52 chess openings for you? They are completely free where and no credit card or sign-up is needed.

Oh.. here is the download link. We almost forgot.

The chess databases are important for a number of reasons.

First and foremost, chess databases allow players to study and analyze past games. By studying the strategies and tactics used by top players, aspiring chess players can improve their own skills and understanding of the game. In addition, chess databases can be used to identify patterns and trends in a player's style, which can be helpful in preparing for a match against that player.

Second, chess databases can be used as a training tool. Many chess databases come with built-in analysis and training features that allow players to test their skills and practice specific openings or endgames. This can be particularly useful for players who are looking to improve their tactics or endgame play.

Third, chess databases can be used to track progress and measure improvement. By storing and analyzing a player's games over time, a chess database can help a player identify areas of weakness and track their progress as they work to improve.

Finally, chess databases can be used for research and analysis. Chess enthusiasts and researchers can use chess databases to study the history of the game, analyze the trends and patterns that have emerged over time, and identify the factors that contribute to a player's success.

Overall, chess databases are an invaluable resource for players, trainers, and researchers alike. They provide a wealth of information and tools that can be used to improve one's understanding and skills in the game of chess.